MOBILE PHONE COMMUNICATION AND THE THREAT TO LETTER WRITING IN GHANA

Just over a decade or so ago, letter writing was the primary means of communication in Ghana. People spent valuable time writing letters to friends, family members, and lovers. Those with poor handwriting often looked for someone with a 'nice' handwriting to write their letter for them. In secondary schools, universities and other tertiary settings it was a great joy to receive a letter from loved ones. Both male and female students could show their letters to friends and keep them under their pillows or in their boxes to read them many times.

People who could not read always took their letters to educated people to read for them; those who were not able to write due to illiteracy looked for others to write their letters. Professional letter writers charged a fee for writing; in the villages, such a letter writer was very important--usually an opinion leader who commanded great respect and was often privy to affairs of the village even if he (mostly men) was not a native of that village.

Many parents used letter writing to gauge their children's performances at school. A parent would ask his or her child (or sometimes any pupil) to write letters for them. Failure to do so was usually seen as the child not being good academically and that money was simply being wasted on him or her at school. The child who agreed to write the letter went through the long process of the parent dictating everything sentence by sentence or in two sentences at a time in the local language (Twi, Fante, Ga, Ewe, etc). The letter was to be written in English, which meant the child would have to translate from the local language during the dictation, at the end of which the parent would demand that the child read out all what had been written; the child who could not do this verbatim was usually considered poor at school.

Letter writing has virtually vanished nowadays. I wonder how many times people mention words such as 'envelopes', stamps', 'postmaster', etc. I guess people hardly write letters these days and the Post Offices are not crowded with people who are coming to post (snail mail) letters.

Has the mobile phone been a blessing? In the past, communicating effectively could be extremely difficult. It could take days, weeks, and even months for letters to get to their intended destinations, that is, if it did not get missing in the process. There was also the danger of the letter being opened, especially those coming from abroad and which were suspected to contain money. Easy access to mobile phones means that there can be no excuses for delayed deliveries or the letter never reaching its intended destination. You cannot use the excuse that the letter you sent may have been lost or stolen in the process of delivery. No excuses about long delays. Oh, the magic of mobile technology, although it is putting the brakes on other areas of social life in Ghana.

By Perpetual Crentsil
From PC at 12:50 PM 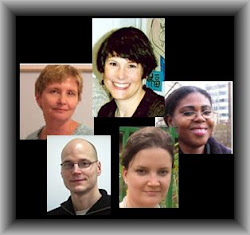